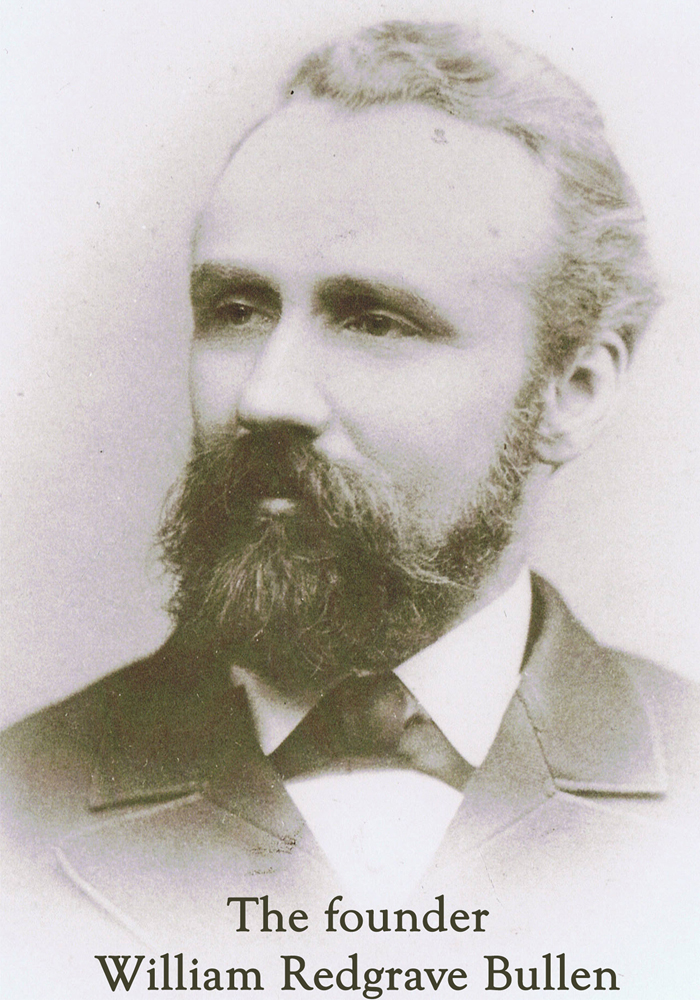 A proven descendant of Anne Boleyn and born in 1842, William Redgrave Bullen established the jewellery business of W.R. Bullen in 1887, although it is believed to have been a continuation of an existing business in the area and taken over from a Mrs Cooper following the death of her husband.

William had two other businesses prior to this, a Gentleman’s fine tailors in Magdalen Street and a shop at 47 - 49 London Street proclaiming “Fine Quality Boots and Shoes to the Gentry of Norfolk"

It was from these London Street premises the business first traded. The buildings were later developed to build The National and Provincial Bank, (formerly National Westminster Bank). In 1898 the business moved to its present corner position of 29, London Street, Norwich. 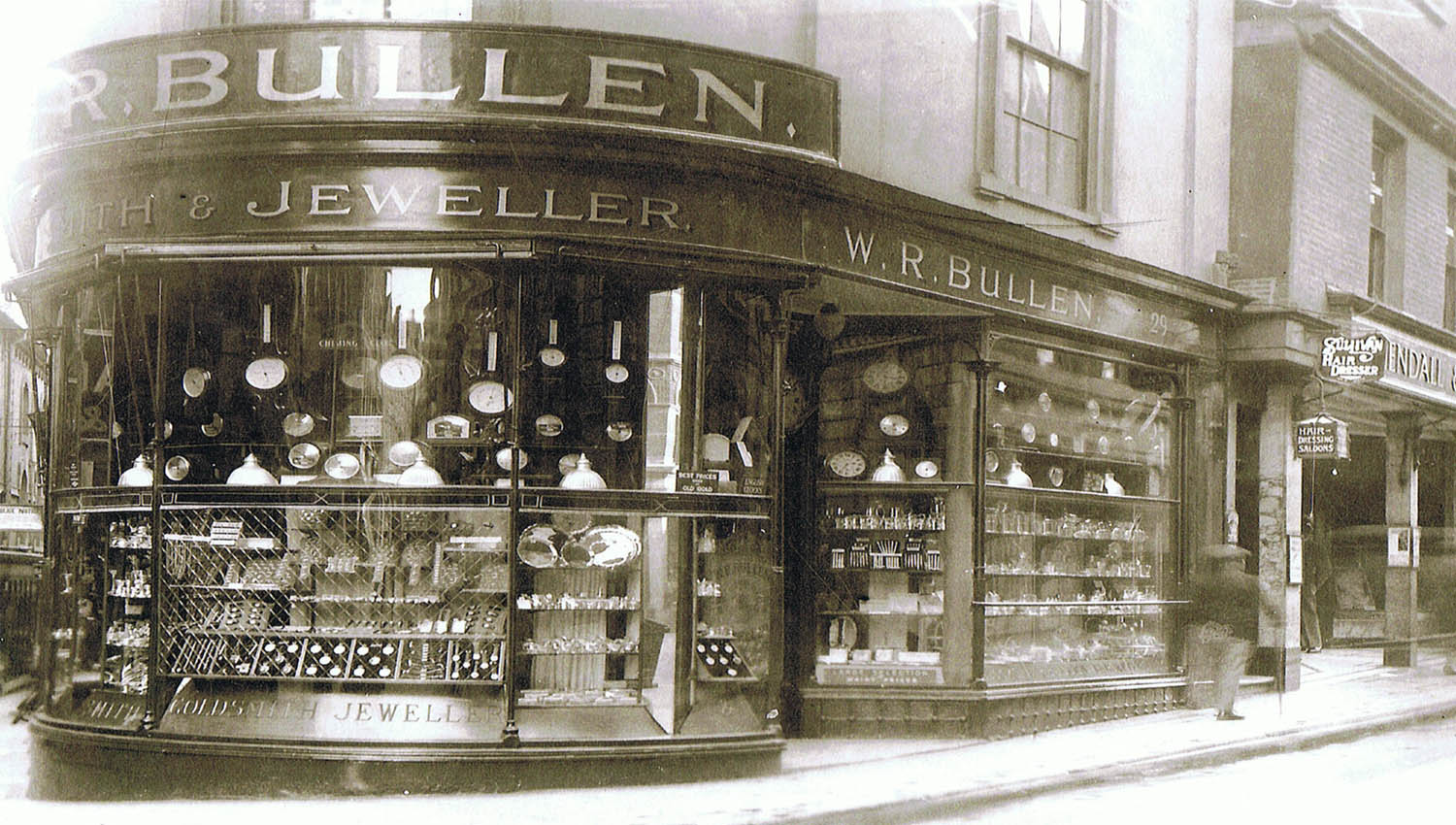 The bespoke shopfront and fittings were hand crafted in Norwich by the cabinet makers Robertson and Colman. A testament to their quality and beauty that they are still in use today providing that traditional charm that cannot be reproduced, forming an integral part of the fabric of this amazing building we see today. 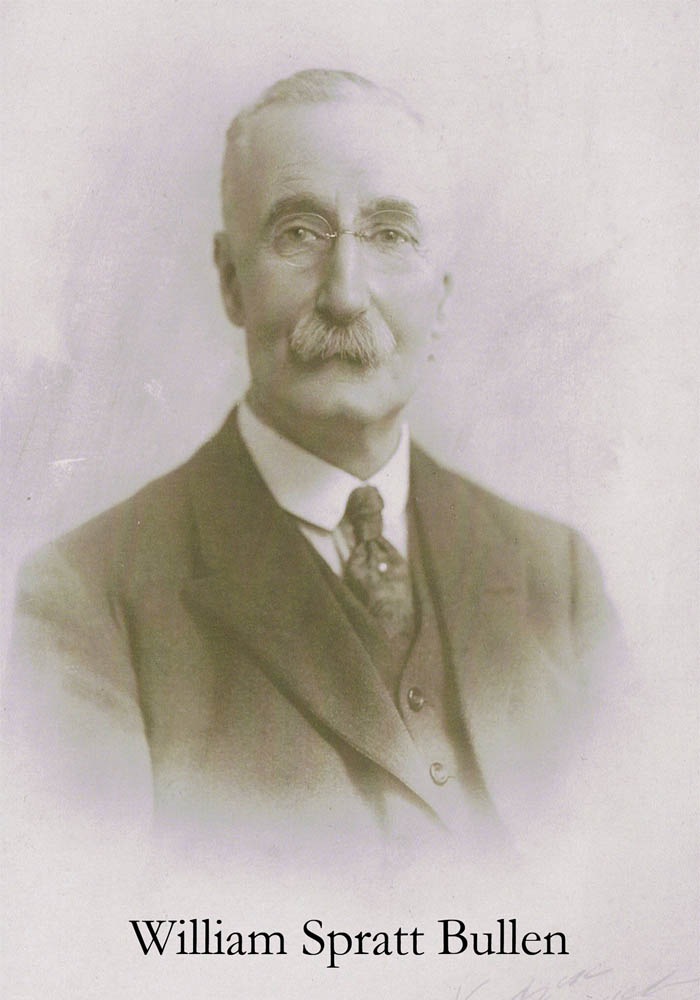 His son,William Spratt Bullen joined the business and used to reminisce of the long trading hours, it was a case of standing in the street and checking for potential customers in both directions - when there was no-one in sight it was time to close... this may well have been as late as 10pm!

Brothers Donald and Richard next took up the reigns, literally, as one of Richards first duties as a young man was to attend to the horse and carriages outside whilst ‘Father’ attended Lord and Lady whoever inside. As you can see from the photo, London Street has not changed much which the exception of pedestrianisation. 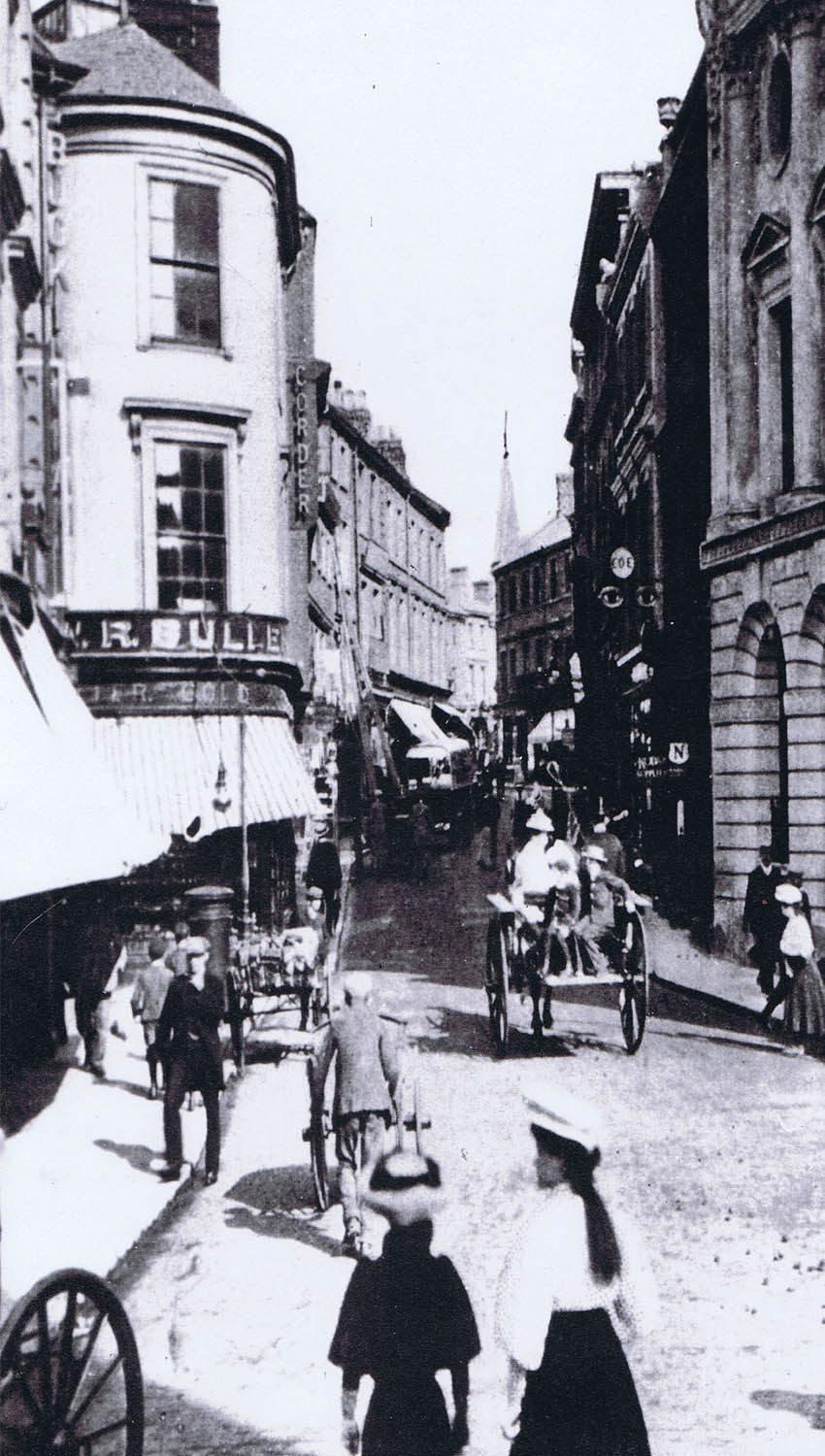 The Business was incorporated as a ‘Limited Company’, on 28th May 1936 , this was also the year the last tram rolled through our City streets.

The family traded through some difficult War years, black out curtains being a constant feature. Stock was very scarce and much of what did become available was kept out of sight below the counters and only offered to ‘regular known’ clientele!, some of whom would bring fresh eggs as a ‘thank you’... a real treat in the days of rationing. 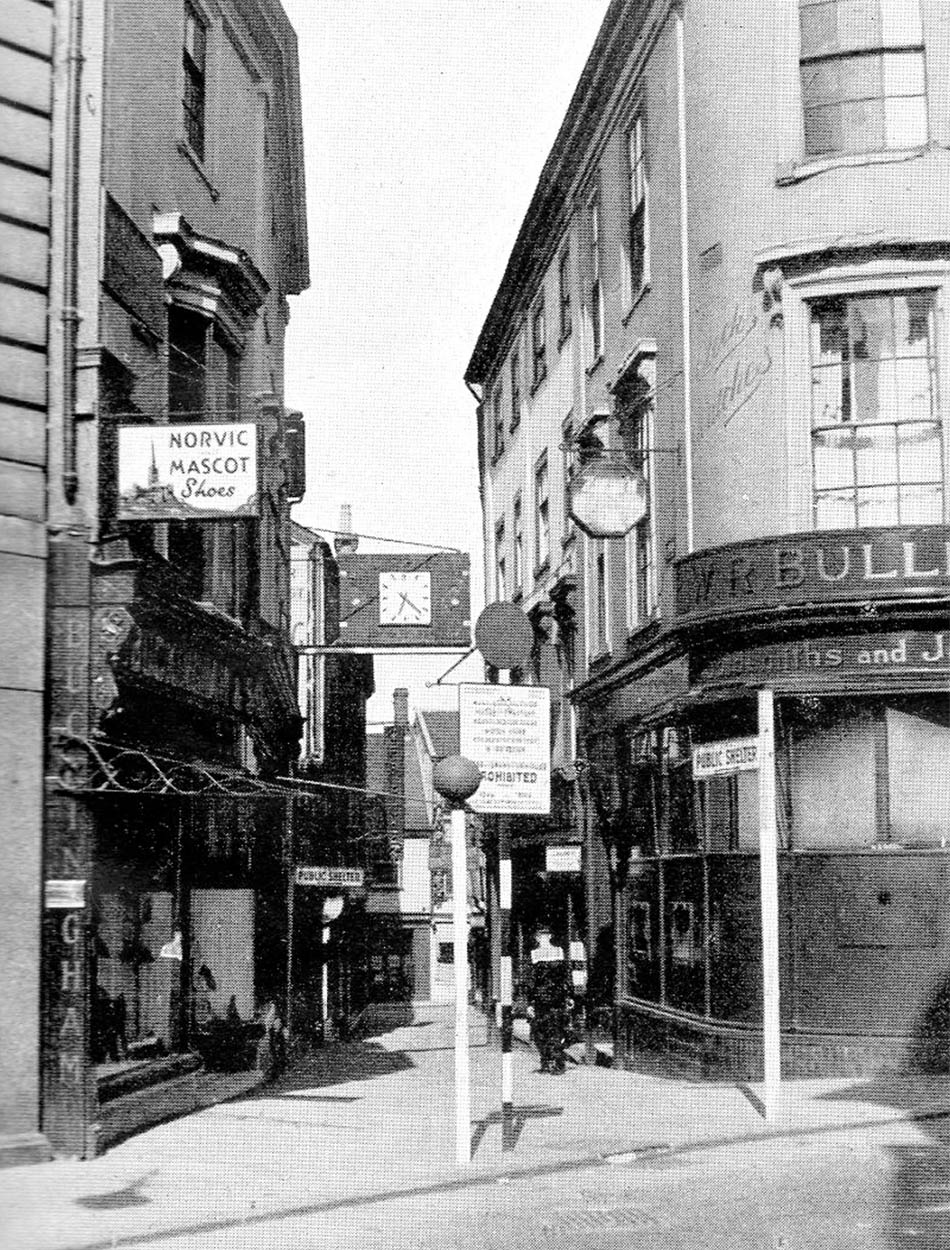 London Street coped with two way traffic and pavements were so narrow prams and the like would scrape along the shop windows. It was largely welcome when in 1967 the street became the first fully pedestrianised street in United Kingdon. Within 3 years, another 20 streets became pedestrianised in the United Kingdon.

Life was rarely dull in London Street, trading was interrupted on 1st August 1970 when Garlands department store was destroyed by fire. It was a case of ‘all hands on deck’, with a human chain to help Buckinghams shoe shop save thousands of pairs of shoes from the heat next door. 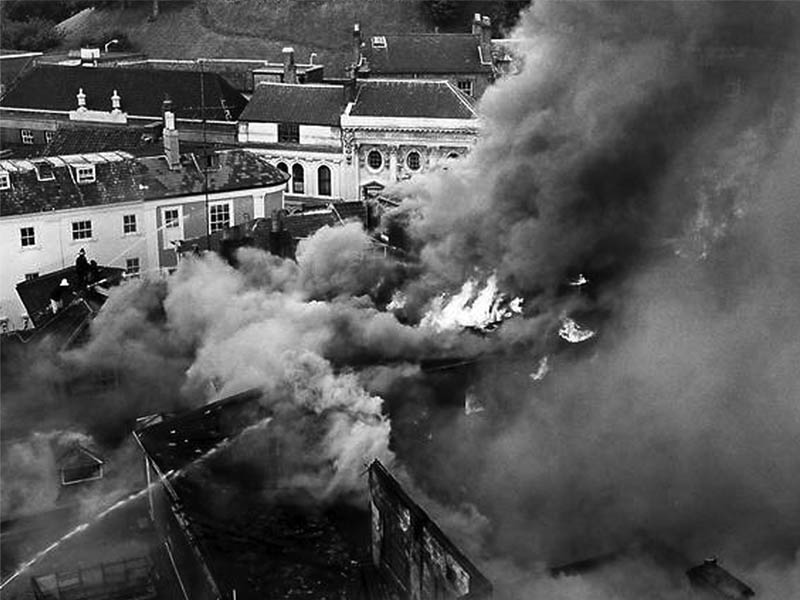 Anticipating Donald’s retirement in 1975, Ricahrd’s son Stephen joined the business a few years prior, having gained several years experience in Farnham and Southampton.

Life continued to be eventful when another occasion saw armed police in a stakeout above the shop on a tip off that an attempt was to be made to rob the bank opposite. A somewhat unnerving expereince! Thankfully it proved to be incorrect.

In 1982, for the first time, the shop also ‘featured’ briefly in an episode of ‘Tales of The Unexpected’, starring Toyah Wilcox. The film crew had said they would film quietly in the background and there would be little interruption to business!

Luckily, Stephen Bullen chose to allow the filming only with the shop closed. This turned out to be a good decision.... as the film crew of seventeen arrived, plus actors, make-up artists, hair stylists, cameras, lights, reflectors, metres of cables etc. - The small shop was filled to bursting for half a day. The finished result was a mere few seconds of TV time with just a glimpse of a glass cabinet door! This was to play out again on the 24th March 2014 when the film crew arrived with Charlotte Wrappling to film parts of 45 Years. 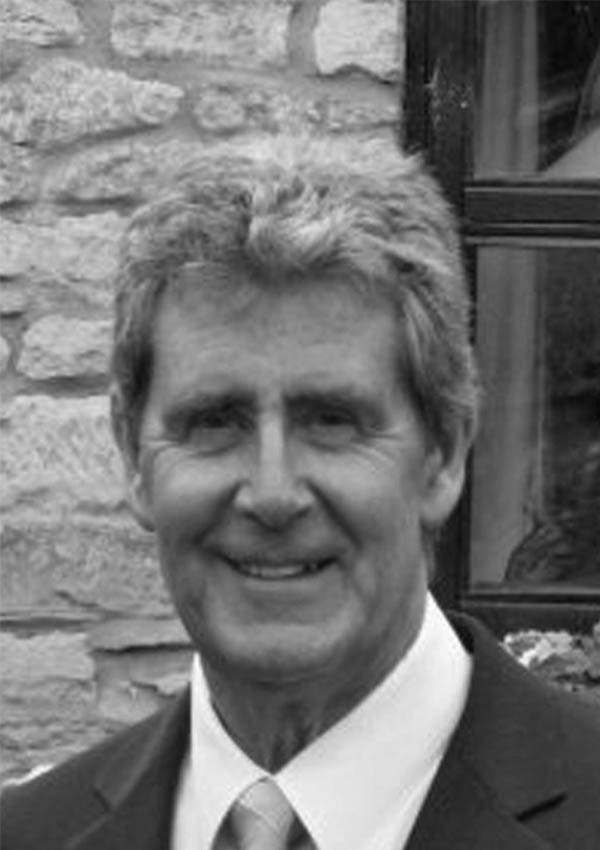 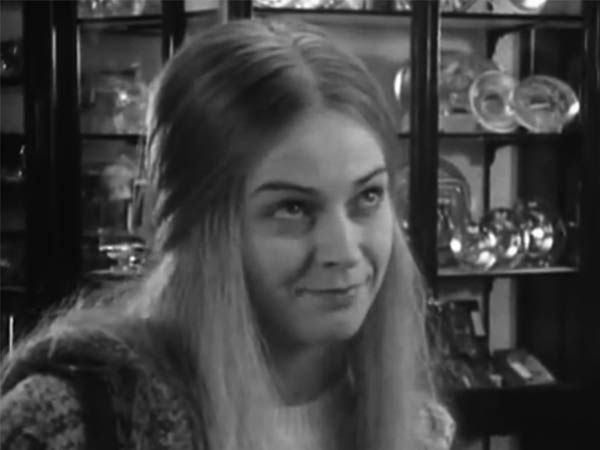 More routinely, Bullens saw an increase in services during the 80’s, including jewellery and watch repairs. These remain very much the centre of daily life in the shop today, from simple repair work to full re-modelling and commission work. Battery and strap replacements and minor watch adjustments and repairs are carried out on site by our expereinced team.

Over the years Bullens has traded through some challenging times, in the early 80’s the UK’s economy was very volatile, we had high rates of inflation and unemployment, and as we know gold performs best during times of uncertainty. In 1980 the fix price of gold peaked at a record $850 USD up from $380 USD. In 2017 the fix price of gold is $1,292 USD, and then in 2020 during COVID-19 gold hits an all time high of just under $2,000 USD an ounce.

In 2017 the fix price of gold is $1,292 USD. The in 2020 and during COVID-9Soon after the early 90’s recession we saw the retail landscape change, after 4 years construction, Norwich opened its first shopping centre, Norwich Castle Mall! 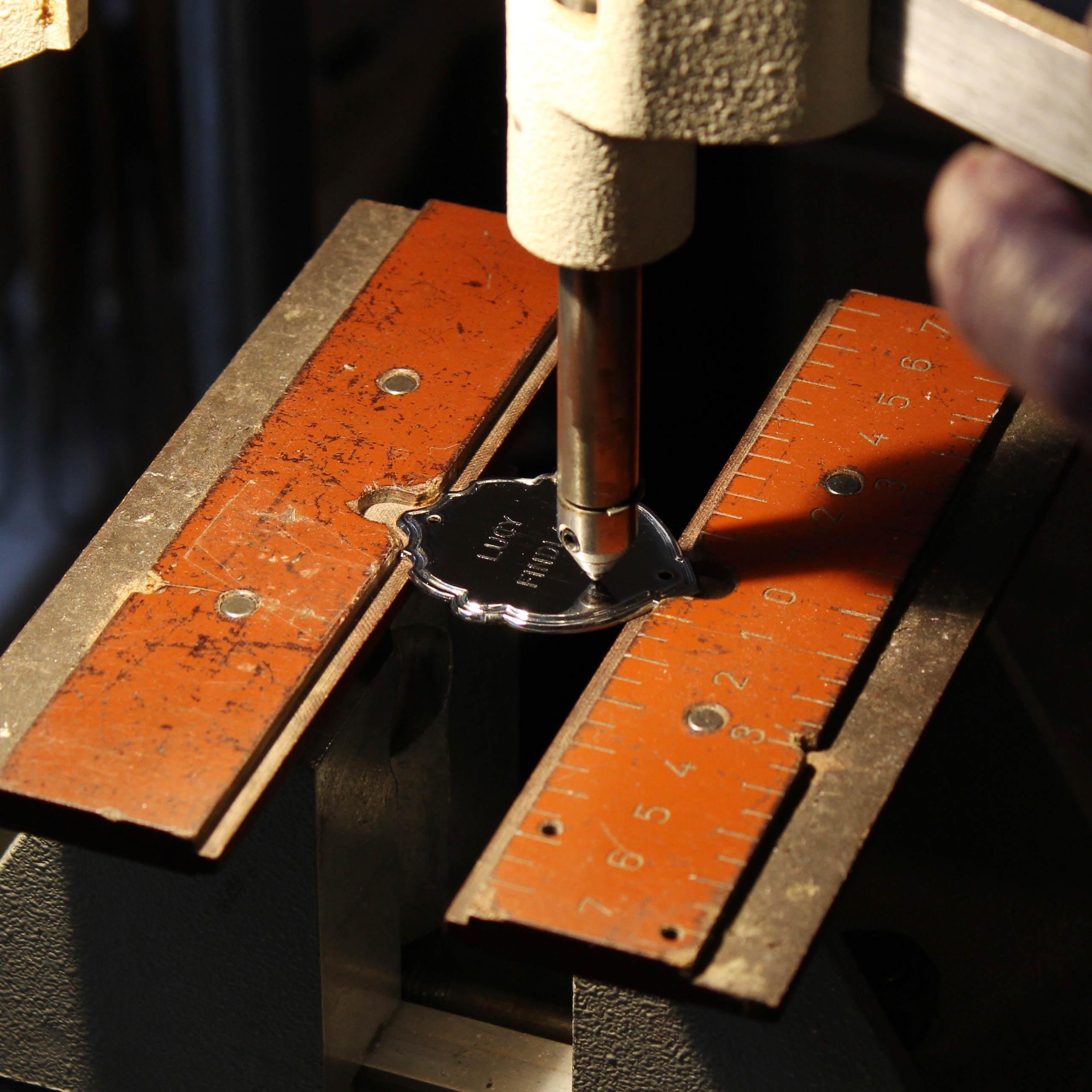 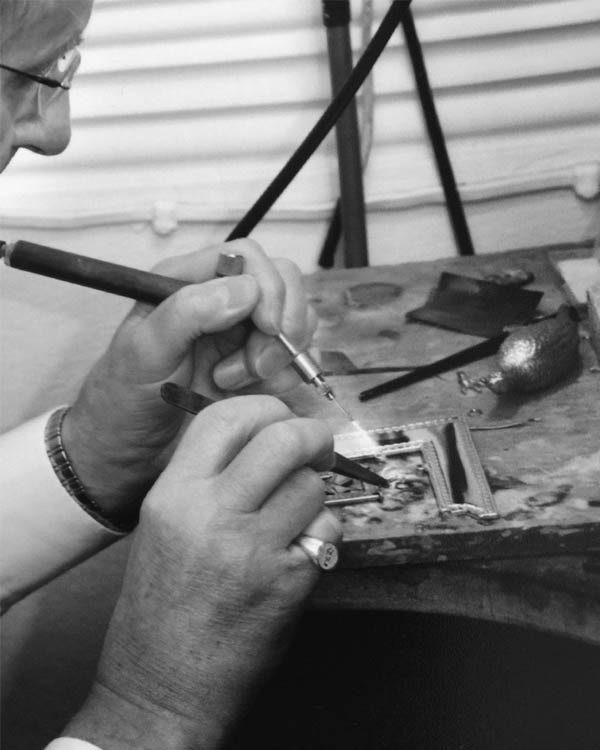 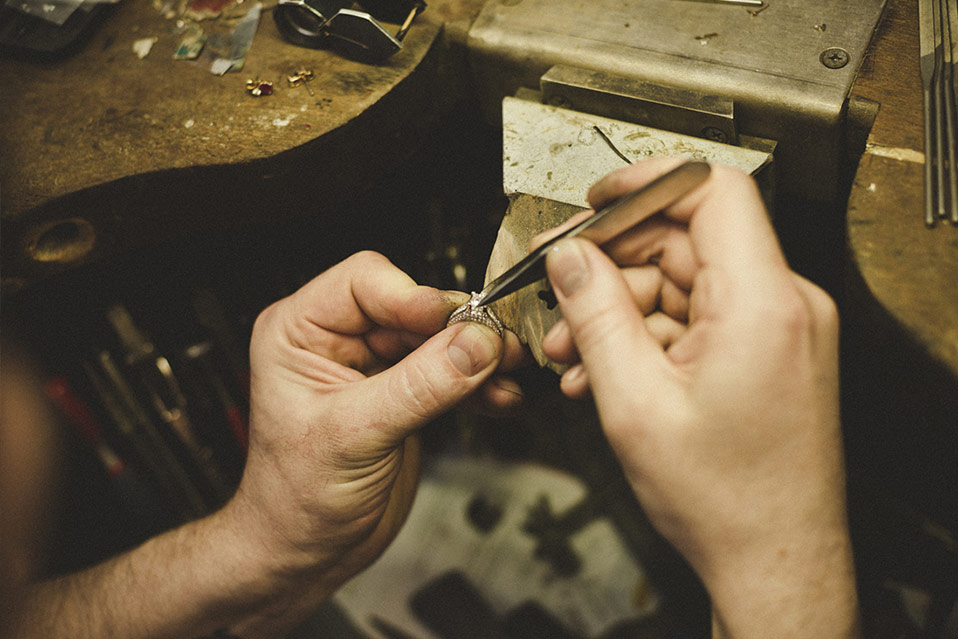 Stephen oversaw an uplift in trade and maintained the traditional aire of Bullens whilst also having to be conscious of new manufacturing techniques and trends of retailing. He continued until his own retirement in 2008, at which time, as his own sons had chosen alternative career paths the business was sold to another local jewellery family headed by 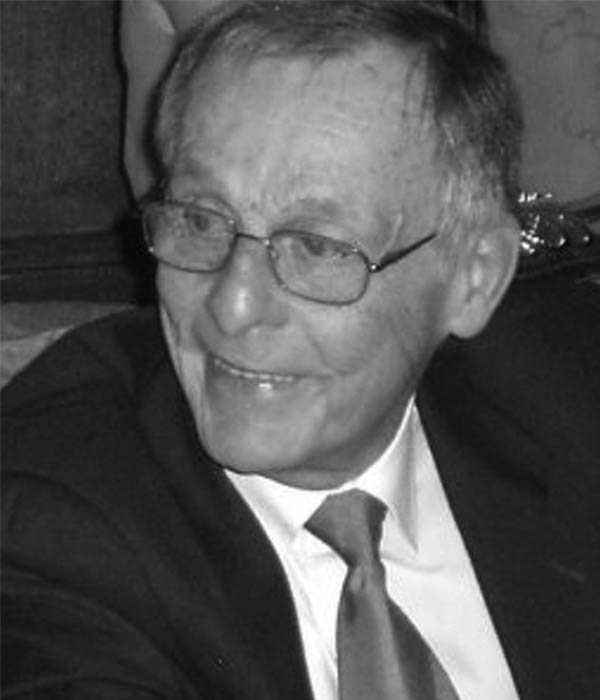 The Hemstock Family continues the stewardship of WR Bullen busniness, bringing with them a fresh portfolio of suppliers, workshops, experience and knowledge to compliment the existing collection. Namely, a full jewellery, watch and silverware valuation service, and the now very popular bespoke jewellery service using hand-painted or CAD design drawings to bring your ideas to life. 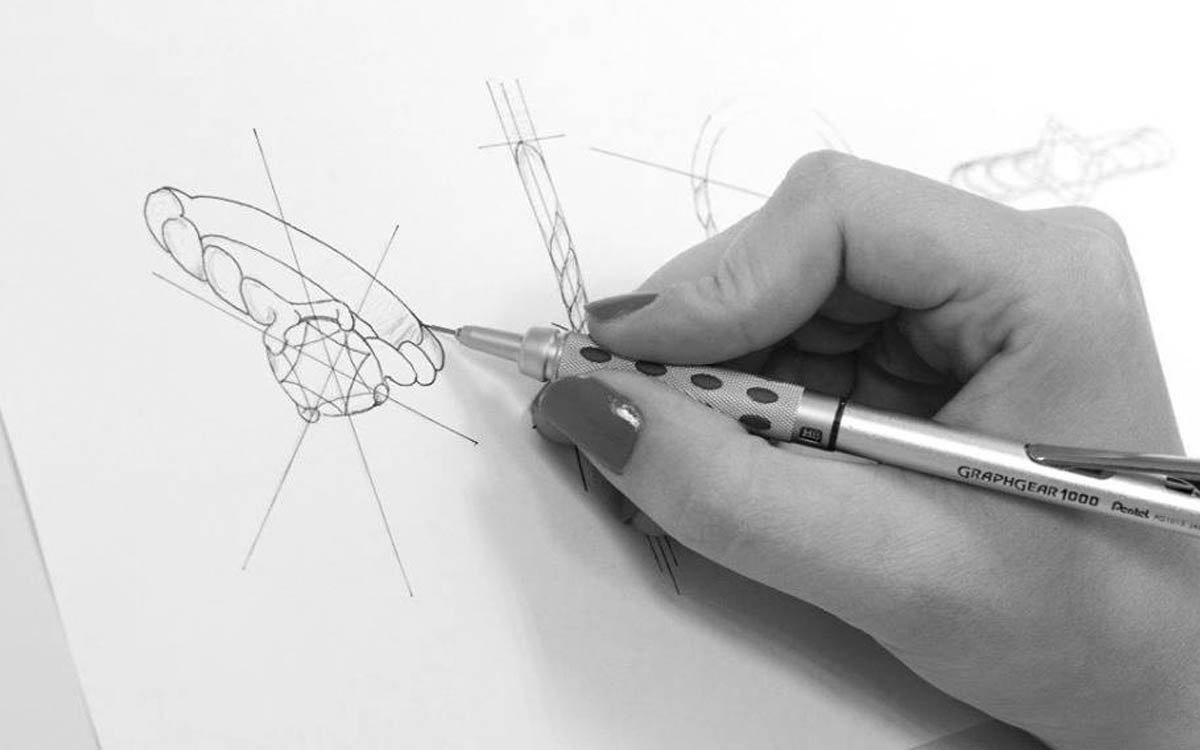 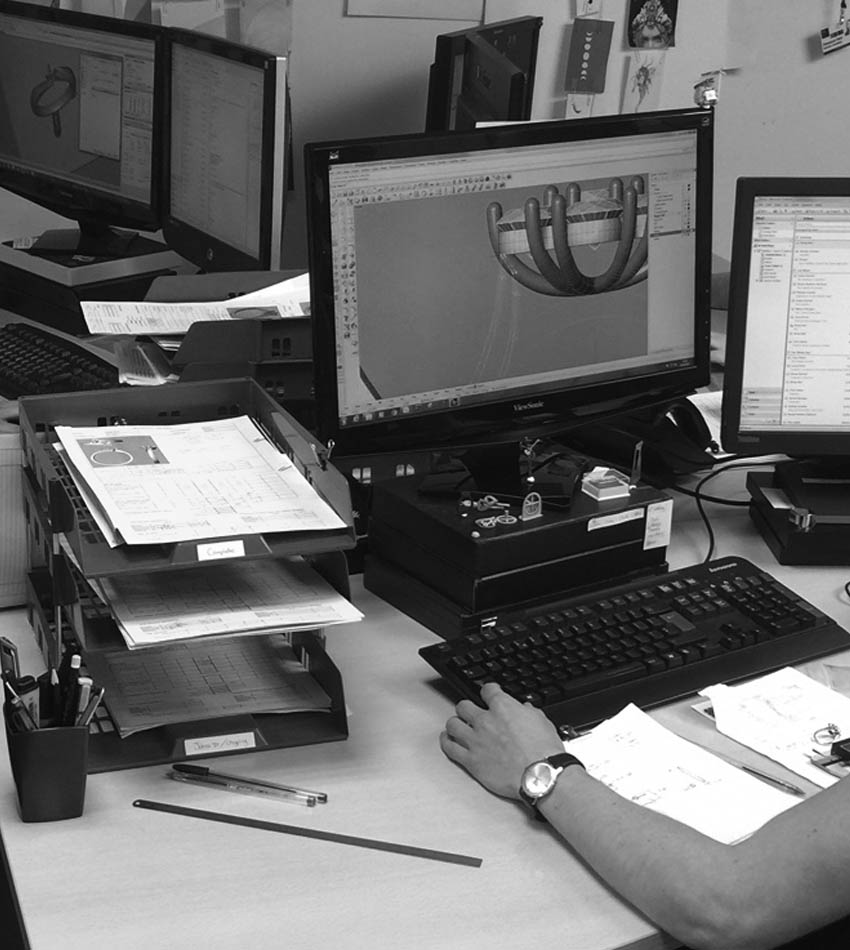 Pandora jewellery was probably the most fashionable new name to sit within the stock holding of Bullens, which in 2012 moved to the shop adjacent, 27 London Street. With the ever increasing success of the Pandora jewellery brand the Franchise became more strict and insisted that all stockists must be fitted with it’s famous ‘white’ furniture, that was when the decision was made to move Pandora out of Bullens and into the adjacent shop. 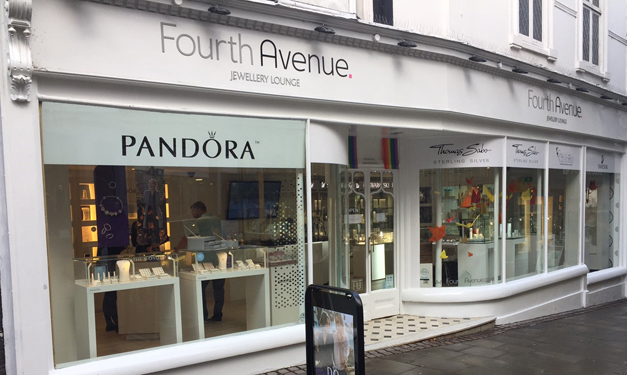 Fourth Avenue Jewellery Lounge - the fourth shop, opened its doors September 2012. The result was a fresh modern fashion branded shop with a totally different look and feel. Pandora sits along side other top fashion brands such as Swarovski and Nomination Italy. In In 2013, the shop won the 'Professional Jewellers Hot 100' award as 'Retails Stars'!

Then in 2014, the shop won the prestigeous 'Retail Innovation of the Year' award, seeing off contenders Harvey Nichols, House of Fraser, M&S, and Tesco. The award was presented by Retail Systems, the specialist retail technology magazine for being one of the first retailers in the UK to have roaming tills.

In 2018, due to Pandora consolidating and a drop in footfall, we made the decision to move the business to an 'online' only store.

In 2013 we got caught up in all the Gorilla fever by taking part in the GOGO Gorillas art-trail and became the temperary home for one of the baby Gorillas called ‘Endangered’! The whole event was organised by the Norfolk charity Break who raised £272,300 through auctioning off the Gorillas! It was a great event for the whole City and for the shop.

Along the way we are proud to say that we have won many awards. In 2014 a couple of our shopfloor stars were actually awarded for just being that! This was for their amazing customer service, always going above and beyond. This is what we strive to achieve every day and for every customer. We all went to London for the day to see them collect the award and to celebrate. Then from 2015 - 2020 Bullens have had the honour of being named as one of the top 100 'Inspiring Independents', by the Retail Jeweller organisation. 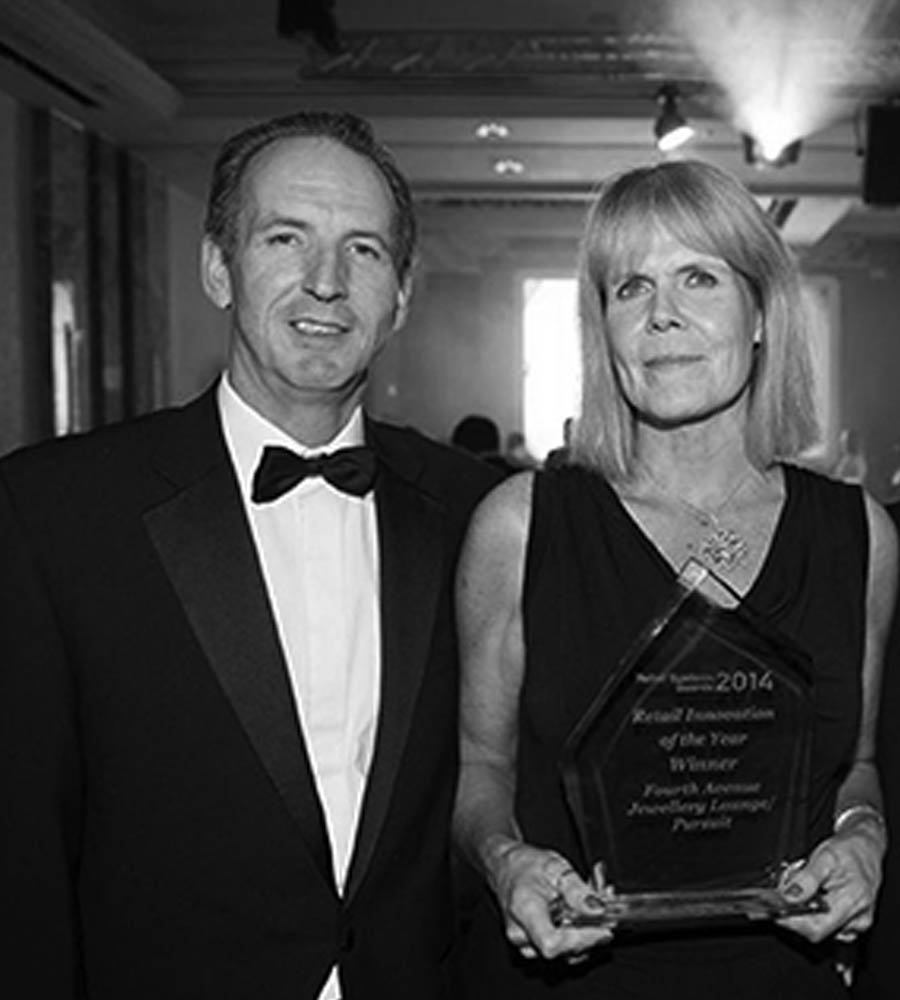 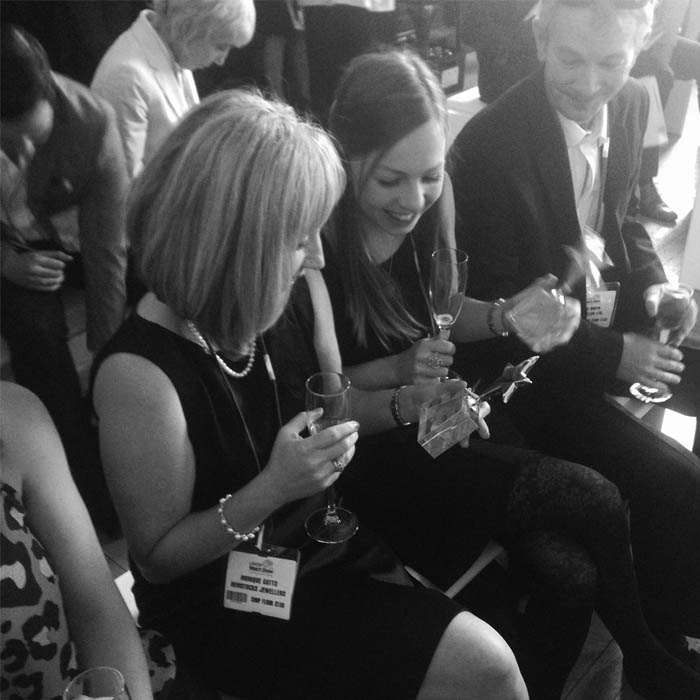 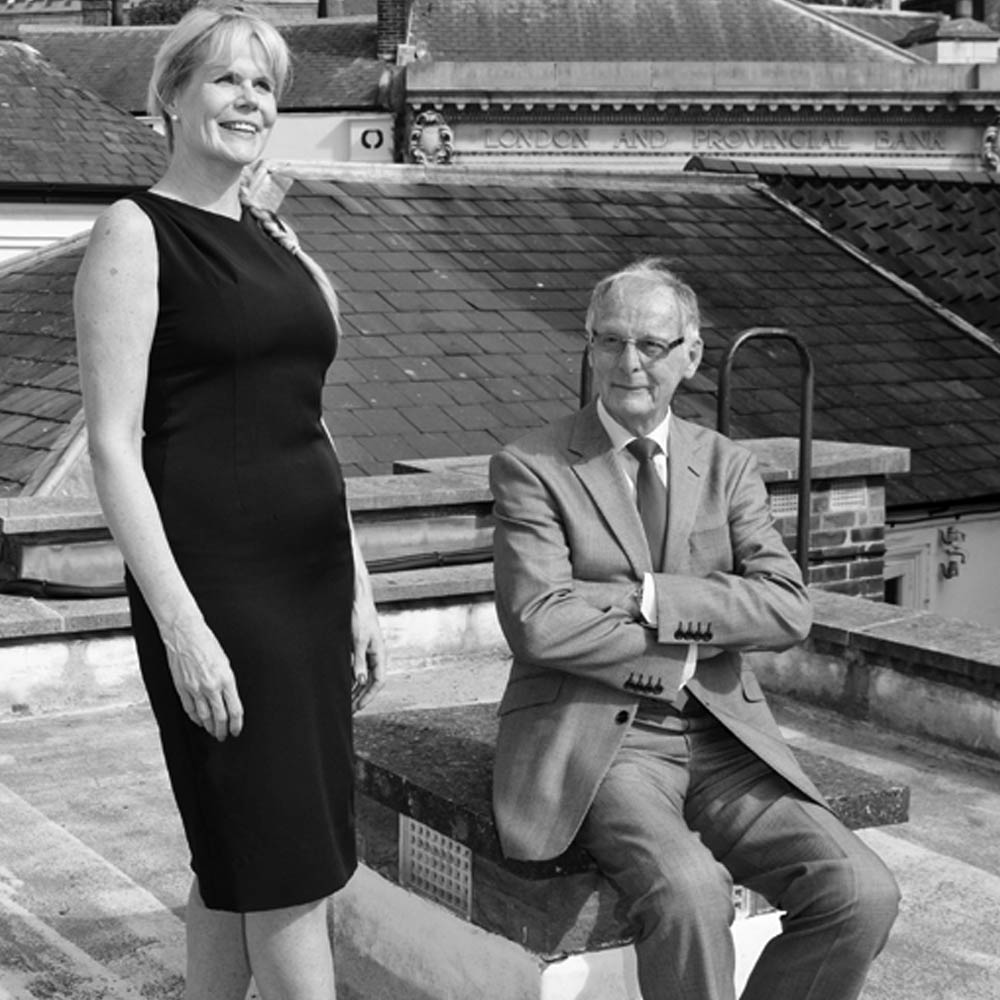 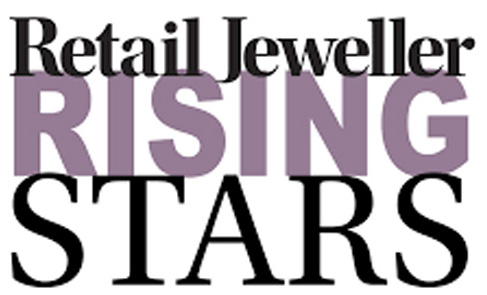 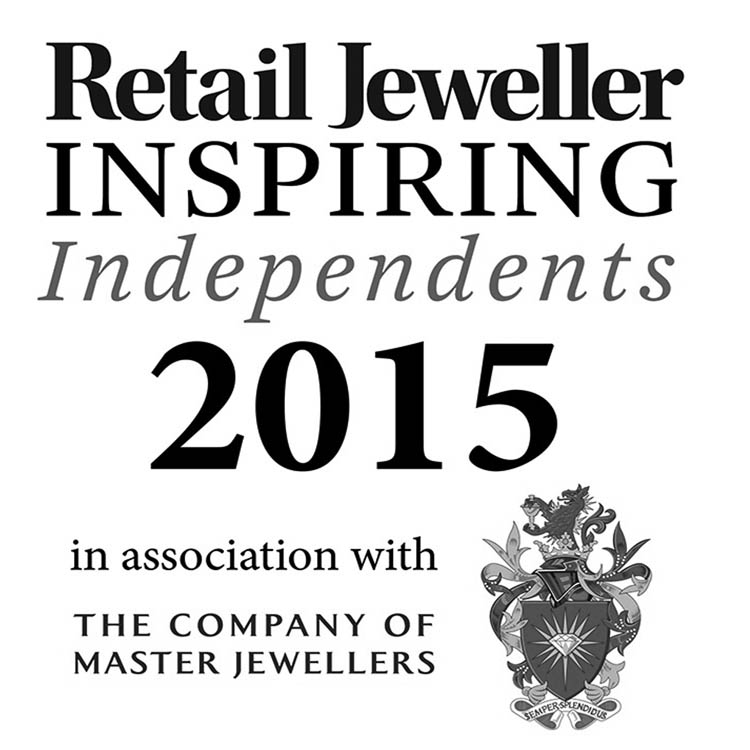